O was founded in 1957 and has grown as one of the leading manufacturers of electronic consumer products such as watches, mobile phones, digital cameras, electronic dictionaries, and etc. They have 13,000 employees and its revenue is approximately US$6B. Casio was the first company who developed COG technology for LCD panel. They surprised the world by introducing high quality digital still camera with built-in TFT display at revolutionally low price in 1995. This stimulated the not only camera industry but most of world class electronic consumer manufacturers and has resulted in today's explosive proliferation of digital camera. Casio's LCD technology which has been forged by in-house use attracted mobile device developers worldwide. Casio has widen product portfolio to support industrial applications such as robotics, test measurement equipment, and even construction machines. Macnica has been closely working with Casio as a global distributor for their LCD products as soon as they introduced industrial grade of products in 2006.

The main features of the transmissive display:

Casio released new series, Blanview display in 2008. For Blanview, many blan-new technology were developed to persue high transmissivity and high reflective effect in LCD. As a result of the both achievements, Blanview display can show high contrast and little chromaticity-shift on the display even keeping low power backlight.

The main features of Blanview 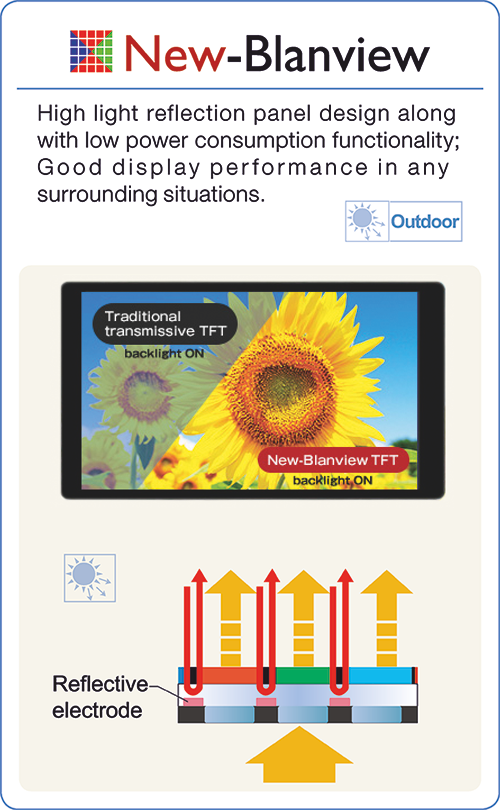