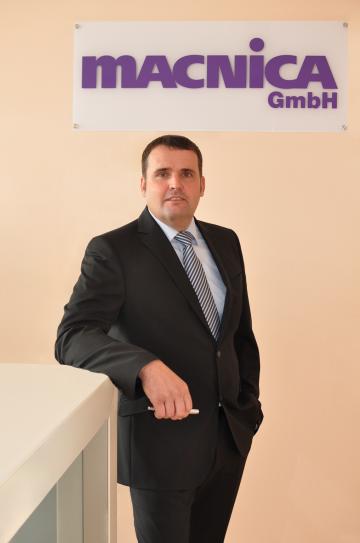 "With establishing of Macnica UK we have reached another important milestone in our expansion into the EMEA countries, and laid the foundation for further growth in Europe”, said Jürgen Pöschl, Managing Director of Macnica Europe GmbH. “With our first representation in the UK, we will improve the support of our customers locally and open up numerous new opportunities for interesting business contacts. "

Macnica UK Ltd started operations on 20th October 2015 and can be contacted at the following address:

About Macnica, Inc.
Macnica was established in 1972 as a semiconductor distribution company headquartered in Yokohama, Japan, and has over 65 sales offices worldwide in eastern Asia, Europe and the USA. Total number of employees is over 2,400 and its consolidated revenue for fiscal 2014 was approximately US$ 3.5 B. Macnica is famous for having an excellent engineering team of more than 600 application support engineers, IC designers and software developers with strong focus on providing technical support for its customers including custom design services. Macnica is continuing to extend its presence globally by having successful partners in strategic areas in the electronics market.

About Macnica Europe GmbH
Macnica's European headquarter was originally established in the UK in 2006, and moved to Germany in July 2008, to increase efficacy of its service for European customers.

By it’s acquisition of the Munich based company Scantec Mikroelektronik in 2014 Macnica Europe formed a powerful semiconductor distribution with headquarters in Munich and Ingolstadt and numerous sales offices in Europe offering an attractive and competitive portfolio of highly sophisticated devices.

Macnica provides end to end support from design-in to production through its global service network to its customers, regardless of the final destination of the product shipment to customers' manufacturing locations.